We went through a wormhole last night.

I was running late however, and in my infinite wisdom brought an armour buffer-tanked remote-repping tempest…

We fought a bug-like thing, which the scanner showed as battleship sized. It was tough, and unpredictable. I couldn’t work out at various points how it would react. That said, we noted a couple of important points:

So, the trick is to use something long range, ideally with an active tank, and with some kind of remote repair ability so you can spider tank with your fleet easier.

These things do seem to drop wrecks, so it might be worthwhile having someone with a utility slot stuff a salvager module in there.

I can’t really comment on the loot… It made no sense to a non sciency type like me, but there was a database, and some item Evanda thought would be reverse-engineer-able.

One other thing of note, is anomalies make local unusable for any kind of intel, so make sure everyone is scanning, and have another person (preferably in a covops) scanning down a possible alternative exit should the shit hit the fan.

Oh, and its pretty out there! (I’ll erm, try to remember to capture some images next time, heheh)

The start of a new year and things are back to a reasonable pace, with 11 people contributing lots of different parts, yay!

1st Place Winner
Our Inquisitor, netting 36.71m3 of parts. Nicely done. 20mil bonus for you this round.

Its been three months. Half of the ‘agreed’ timeframe.

The first few weeks were certainly the hardest for me. I went from having a person I cared about and trusted enough to depend upon in any given situation – someone with whom I did everything – to having nobody. I mean, obviously, I still had all the wonderful people in the corp, but… I guess I’m quite antisocial underneath all of the fluff, and when I do find someone who understands me, and how I fly, I cling to them.

After she left, I broke down. There’s no two ways about it. I was a wreck.

I found a nice empty area for rent in one of the stations in Hedal which I have been renovating slowly. Not sure what I’m going to do with it yet aside from making it look cool… Anyway, that was my focus for a time, mostly so I didn’t have to think about being alone again.

But the other day I had a realisation.. Well, two actually.

Firstly, I hardly ever check into my pod now. I have no motivation to undock and do anything, so I pretty much just don’t bother unless I have to.

And secondly, I don’t think she’s coming back…

I started with communications with her reasonably frequently, but slowly over time, responses have been coming back slower and less frequent. And now, there has been no response for weeks.

A quick glance at Concord’s public security records confirmed what I thought: -9.4 She’s exceeding, much as she always does, but more than that… -9.4 suggests that she’s actually enjoying killing innocent people. Enjoying working for and profiting with the same corporation that she left Re-Aw last year over, for so much as associating with them.

Historically, its been proven that once she gets into a fury over something, she can’t let go. So I’m going to have to.

She’s not coming back, and I’m not sure I care… 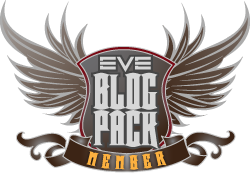